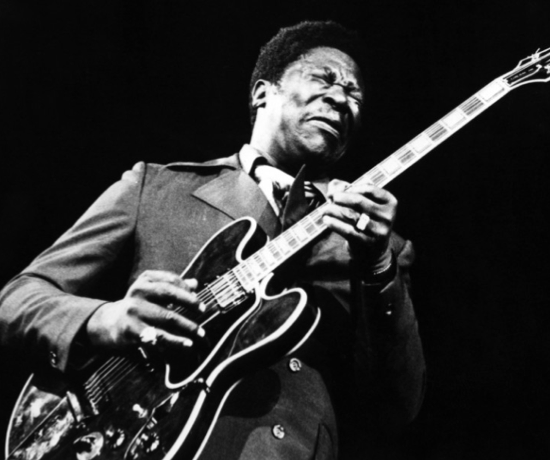 Try and remember the first time that you knew that you wanted to play music.  Perhaps this realization came upon you many years ago in childhood.  Or maybe you have been recently called to play music.  Whenever the conviction to play music hit you, there is no denying that something compels us to do it.  It may be as simple as our love of music and the camaraderie that exists among musicians.  Or it may be a cherished family tradition or a pastime with friends.  There was something that made you want to spend your time playing music, something that made all the hours of practice and free gigs worth it.  Think about why you even wanted to play music in the first place.  What was it about a particular type of music or the sound of a certain instrument that made you decide that you wanted to devote your time to learning it?  Maybe you started playing in a band with friends and the music you made defined a special time in your life.  Or maybe you fell in love with the freedom of the road, happy to find a good place to busk on the street to earn enough for the next meal.  Perhaps it was the feel, shape and sound of the instrument, or the attention from your peers and the opposite sex.  Whatever the case, a fire was lit inside of you that made you certain that you wanted to play music, not because you thought you could be rich, but simply because you did not want to live without it.  Music at some point changed from being a hobby into your identity, your lifelong companion that you could always go to when you needed.   Music became something that made your life worth living.

My infatuation with the guitar began when I first saw Johnny Cash on television when I was about three years old.  I remember being so amazed that this one man could hold the attention of everyone with just his voice and his guitar.  I was also exposed to the music of Z.Z. Hill, "Downhome Blues."   Years later, my parents took me to see B.B. King and from then on I was hooked.

I had never seen anyone play guitar like that in my young life.  I had heard it on the record, but to see him physically bending the guitar strings with such force was a whole other thing.  It was magical.  The sounds seemed to just drip off the guitar like hot syrup.  I had found what my inspiration sounded like and its name was the blues.  I would never be the same again.

For the longest time afterwards I tried, with varying success, to imitate the sounds  that I had heard.  I would get frustrated while trying to learn to sound like my heroes.  I spent hours from morning until late at night trying to learn the guitar.  Sometimes I wanted to give up.  But over time my frustration would change.  Bit by bit, I realized that if I were ever going to learn the music and express myself with it, I would have to play it like I heard it.  That means that instead of killing myself trying to learn to play exactly like Son House, Charlie Patton or Robert Johnson, I would just do the best I could with the material and just be ME.  At some point during the long hours of wrestling with the music and after doing my best to imitate the greats, I found my voice.  I learned the notes as precisely as I could, but I realized that I could never exactly match the performances of those musicians whom I so admired.  I respected the music, but I would play it from my own perspective.  I had no other choice.  I would sound like myself, I would embrace my sound.  The music became a vehicle that I climb inside of and drive to any destination that I chose. But where was I going?  I had to chart my course.

There is an old saying, "If you don't know where you've been, you won't know where you're going."  I realized that to add myself to the music, I needed to go deeper to bring out that self that I wanted to express.  What is an artist, but one who takes an inward journey and then expresses what he has found in a way that moves others?  To move others means that we must first move ourselves.  So I spent many years looking for what moved me.  In fact I never stopped.  I first looked for it in the simplistic: a catchy turn of a phrase, a news paper classified ad, bits of conversation overheard, the sounds of nature.  I would listen to the way in which strangers talked about the mundane as a way to appreciate the smallest things.  Whenever I was away from home, I would pay attention to the way people talked.  I found some of my greatest inspiration in family stories, like that of my great-grandmother who escaped from slavery in Arkansas with her entire family, or my uncle who was lynched for demanding fair pay.  Music became my way of paying tribute to those ancestors who had paved the way, those whose hard work and sacrifice made my very existence possible.

We all come from stories.  Many of these stories will never be known.  But a small portion of them will be immortalized in music.  What is your story?  Ask your relatives or your elders about a famous (or infamous) ancestor.  Learn about the places where you family comes from and pay tribute to them with your music.  Most of all, live your life.  Go for walks, grow a garden, make love, play with children, and take care of your loved ones, have fun.  True inspiration comes from a life well lived.  There is no way we can express the fullness of life in our music if we are not living life fully, for all its good and bad experiences.  We can search for years for inspiration, but the true key to our own unique source of inspiration lies within each of us.  Challenge your self, know your self, express your self and you will find the key to unlock the door.  Seek and ye shall find!

Thanks for that post. It was a cool read. I read this Santana book and he was talking about how everybody has a "Who's Your Daddy list" of the musicians that inspired them or that they would try to model their sound after. He mentioned his list in his book, and it was cool seeing yours. Like JD, I have to say you are on my list. I first heard your Catfish Blues and got hooked on that walking bass. Then, I saw your Sittin on top of the World videos; that song helped me get through a lot of work days. I could just whistle that tune or zone out or play it back in my head while my coworkers and supervisors were trying to troll me and get under my skin. Anyway thanks again.

Really nice text Corey ! Music is a nice journey and i can tell you're part of my inspiration :) Studying your lessons in detail (every slight variation) since two years let a print on my own playing ! And the way you keep telling us to find our voice resonate in me ! Of course  I play traditionnal blues as i can in front of childrens at school (for my daughter kindsgarden classmate) or to my guitar students during our gigs because i want people to ear that music and know all the elders (RJ, Son House...) and you of course (i play Honeysuckle and Berry Owen Blues) but i'm searching my own voice in french. I first start to translate old blues in french or make lyrics for kids and now i try to write french songs and that because of your lesson and what you tell to me. I'm not a old bluesman i have to find my voice :) Si if i hade to write something about my inspiration, you'll be a part of it ;) I hope will meet in france or US one day !

All the best for you Corey :)